Not so Tiny Tim goes all Chris Farley and can’t put his arms down when he squeezed into the Schmedium Kinda Green Jacket.  And yes, I just put three pop culture references in that one sentence. Tim took down the largest field in RE/MAX GRMGA history to win the first major of the year held at Boulder Creek Golf Club. 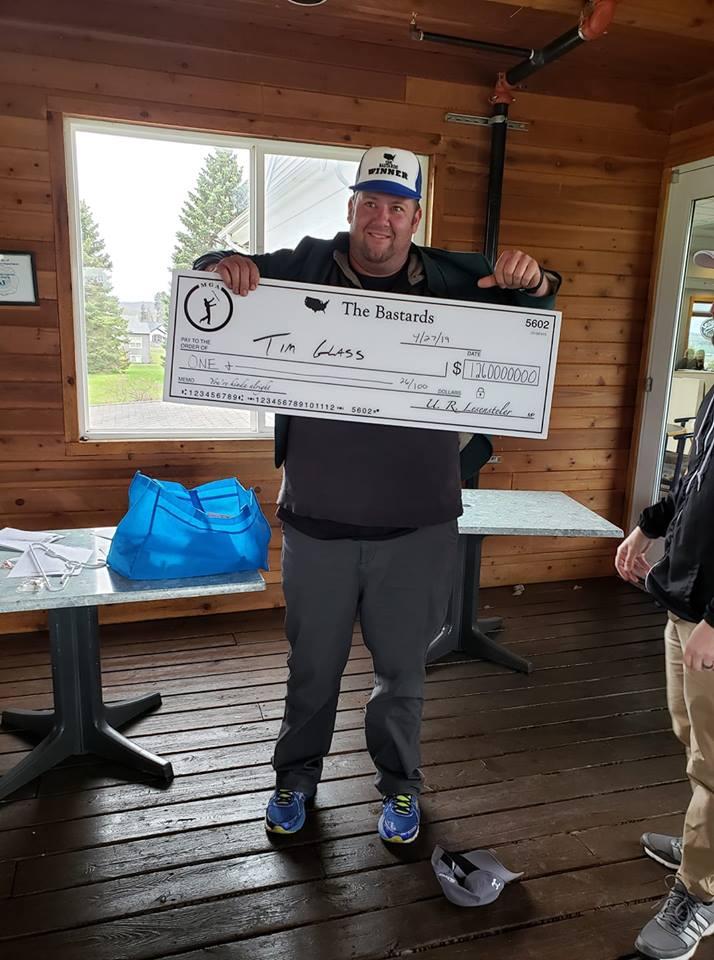 Thirty one Medios braved the cold for the second month in a row as we descended on Boulder Creek Golf Club- a beautiful course surrounded a gravel pit and soon to be dented condos and houses.  When you live in Michigan you expect the weather to turn day to day. But after upper 60s and sunny all week, Mother Nature decided to drop the temps to the low 40s at tee time.  Apparently people you guys golf better when it’s cold as we had a three way tie at the top with an 85 between three members playing in their second event- Nate Zwit, Joe Christopher, and Tim Glass. Joe and Nate had a couple penalty strokes added in for a net 87 which left Tim alone at the top! As I was adding scores, it became pretty apparent that we had gotten pretty lucky the first couple years that some medios more my size won the green jacket and this year’s winner would have some trouble fitting into it. 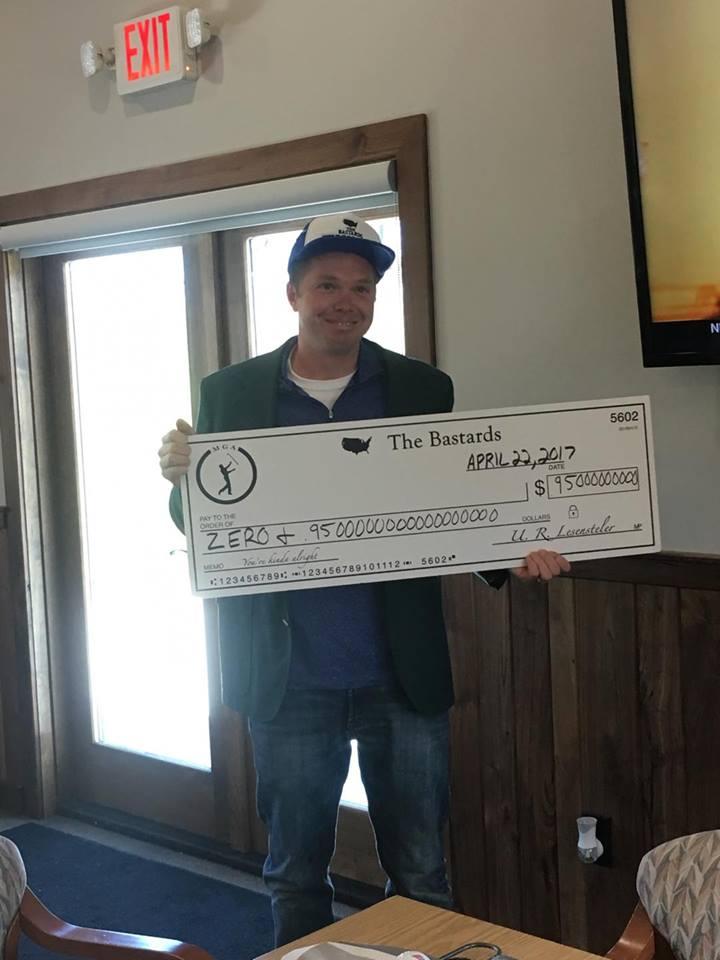 2017 Bastards winner Jake, the jacket fits like a glove. 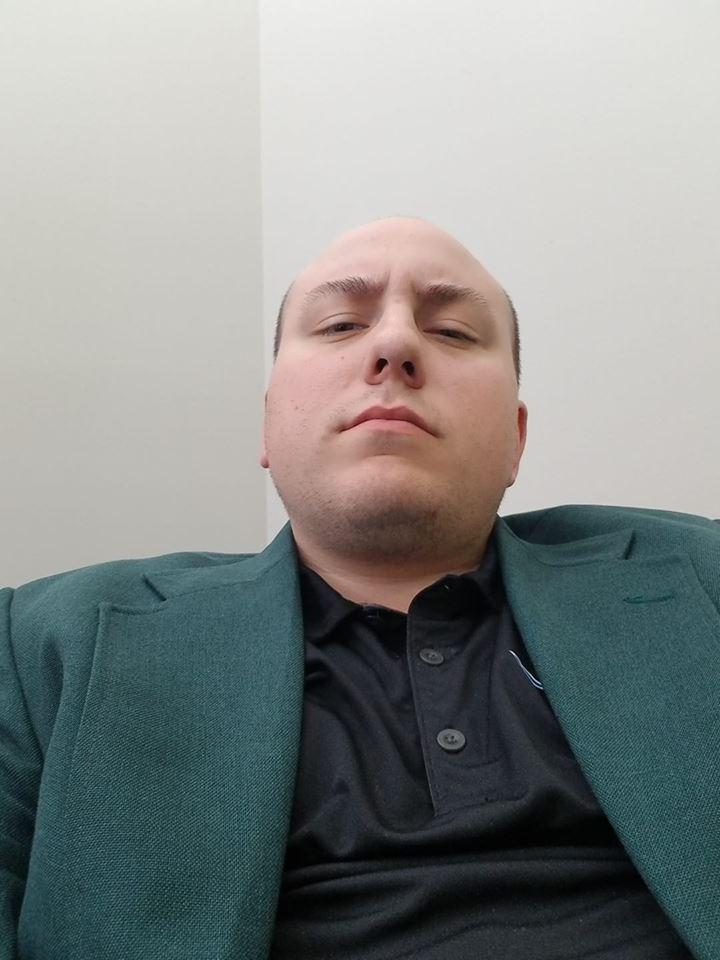 2018 Champ Zach. The Jacket fit so good he wore it to the office. 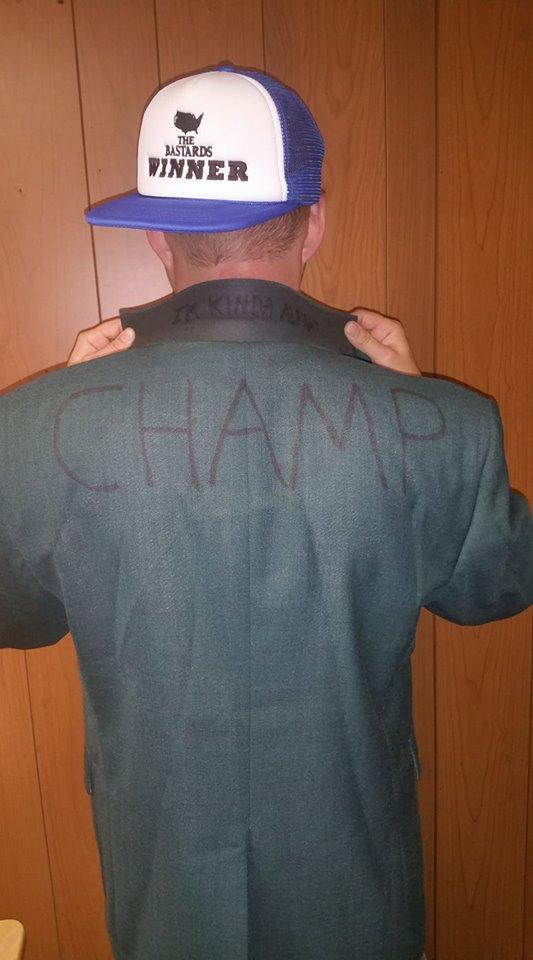 Me, the first and last time I will ever wear the jacket.

As you can see, I kind of found a jacket that wouldn’t look silly on me if I ever won….. the power of positive thinking.  No worries! Tim was a good sport and quickly wriggled his way into the jacket for the photo op.  Have fun wearing that at the next outing hitting from the back tees Tim!

In a four way tie for 4th was Brad, Kirk, and Nick.  Aren’t those the name of the Jonas Brothers?  I am guessing those guys can’t golf as good as these three as they all shot a 92.  Brad decided midway through the round he was so bad at putting he would just starting hitting it in the hole from off the green. He chipped in one for Meagle and then later hit the flag stick from about 125 yards and tapped in to save Mar.

2017 Money Champ Todd “Black Tees” Caudill made it back from his Missions trip to the beaches of the Caribbean and got right back after it. After sucking for 9 holes he figured it out on the back 9 shooting a 39 – good for a reverse meltdown of 14 strokes.  That was good enough for a net of 94 and solo 7th.

Paul Rettig finished first out of the three Rettig brothers and 8th overall with a solid 95.  Jonathan Westra played in his first even with a solid 9th place shooting 96 and also capturing the meltdown award with 7 strokes higher on the much easier back 9. Emerson wore MK’s yoga pants and must have grabbed some of her golf skills as well as he shot the best round of his life and tied for 10th with your’s truly at a 97. 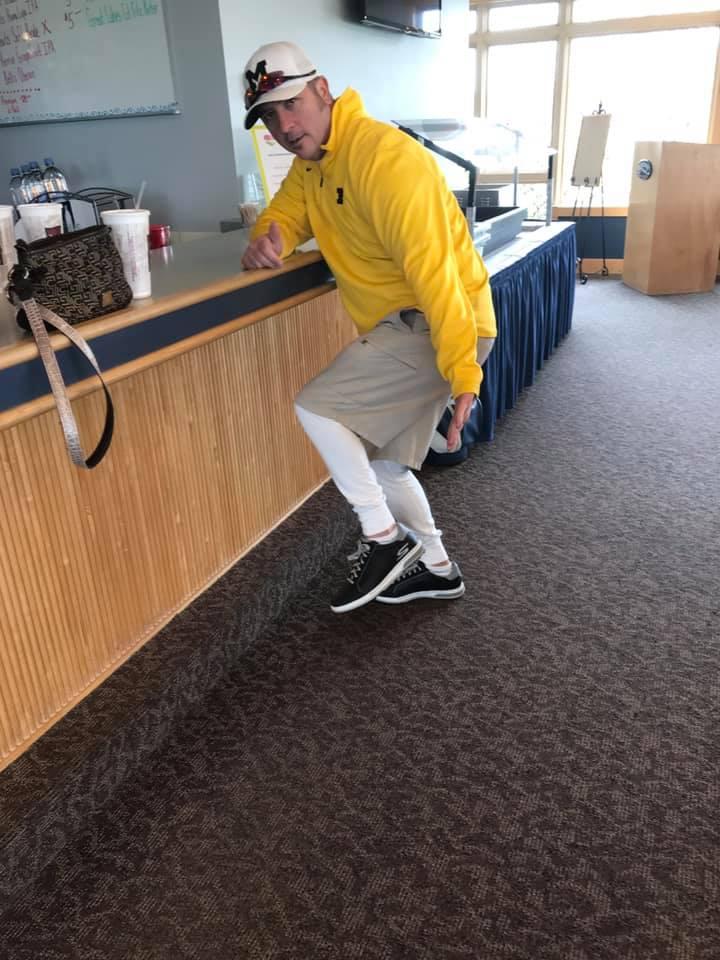 Speaking of me, let’s talk more about me (as you know I like to do).  I did two of the most impressive things I have done on the golf course.  One, I tried to chip a ball out of the low spot in the rough and hit down on it so much that it went underground. Like completely. We pulled up turf and everything and couldn’t find the ball. 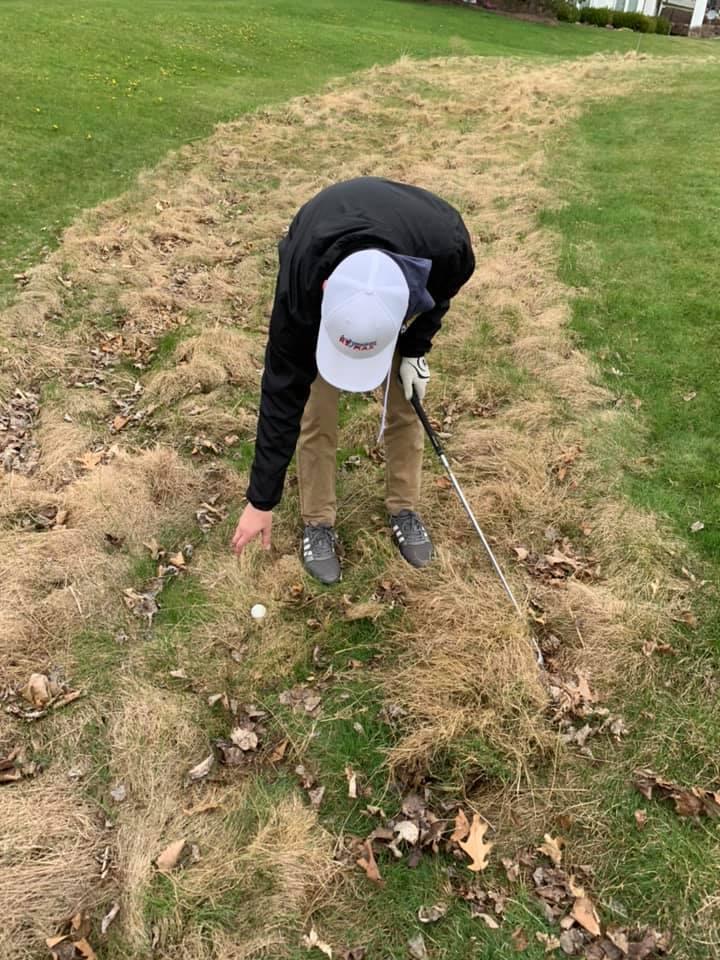 And then the second thing, I have no proof of but you will have to trust me.  After finding myself under a pine tree on my second shot of a par 4 I didn’t have much of a shot. About 25 yards short of the green I decided to go all Hefty Lefty and try to flip the club over and hit the ball left handed.  I hit it perfectly! In the air, bounced on the fringe and rolled up to about 12 feet from the hole. I was so amazed and then realized I need to spend $1000 on new left handed clubs.

Enough about me, let’s talk about women! Four of them in fact! We had four women medios (medias?) at this event which has to be some sort of record for an MGA event.  Marsha, the winner of the Am Am, played of the men’s tees and finished one spot back of the top 10 with a 98!  Jennifer won Long Drive upsetting Johnny Crosswait with the very last drive of the day on that hole.  MK just missed the money in her first “official” event with a 103 and Alieah finished with a respectable 107.  A-A-Ron got right back after it in what I am guessing is the first time he picked up a golf club since Vegas and won the key to the red tee.  Closest to the pin was taken by Nate Oliver. The golden M for most mediocre was taken by Karl Rettig with the most mediocre thing ever- shooting a 64 on the front and a 46 on the back, good for a 110.

It was an amazing event! See you next month! 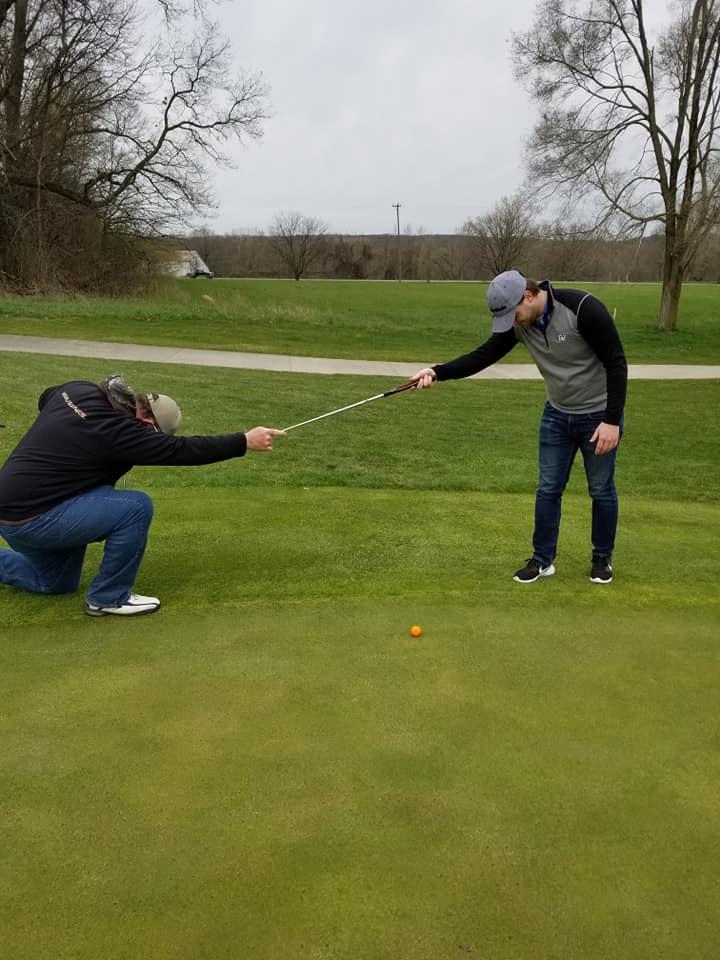 Tom was a member for all of two days and he was initiated by having to grab everyone’s else in his groups clubs. 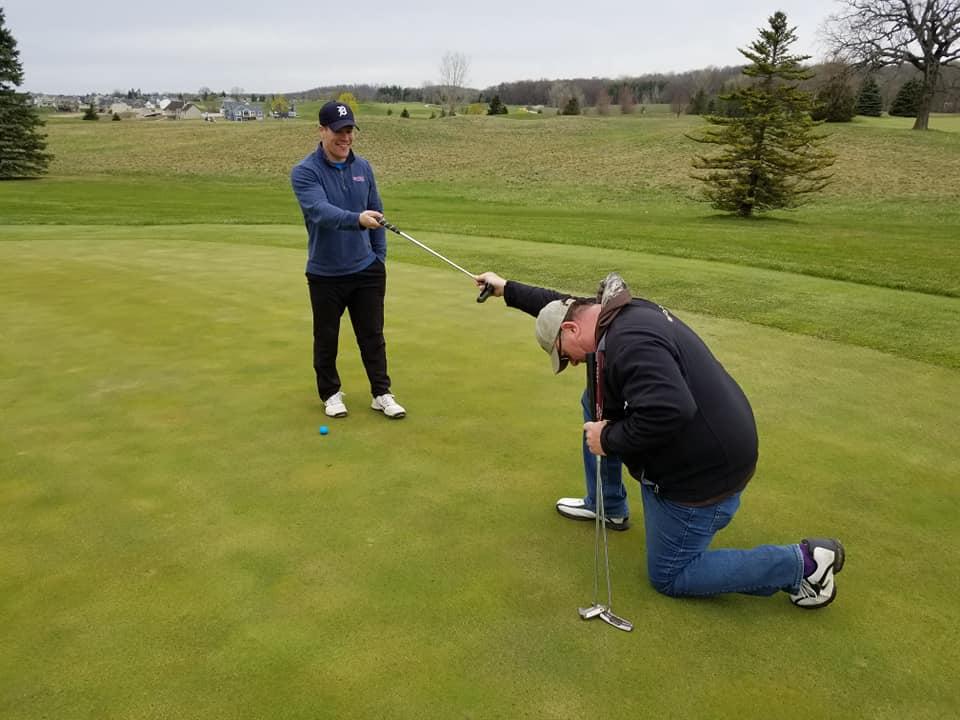 Hit the green next time Tom and join the club 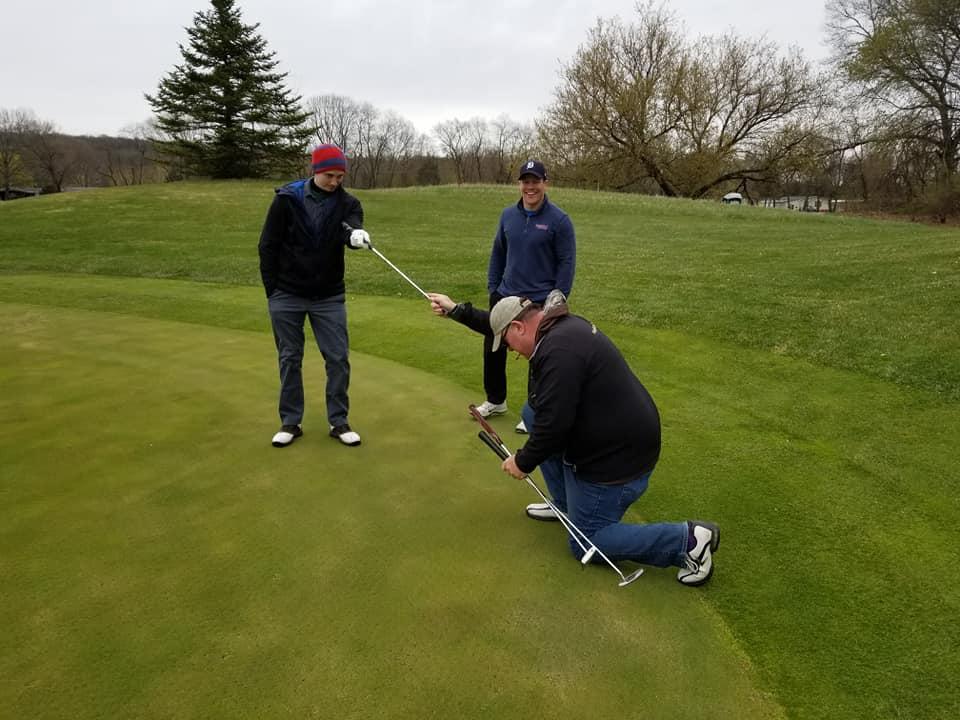 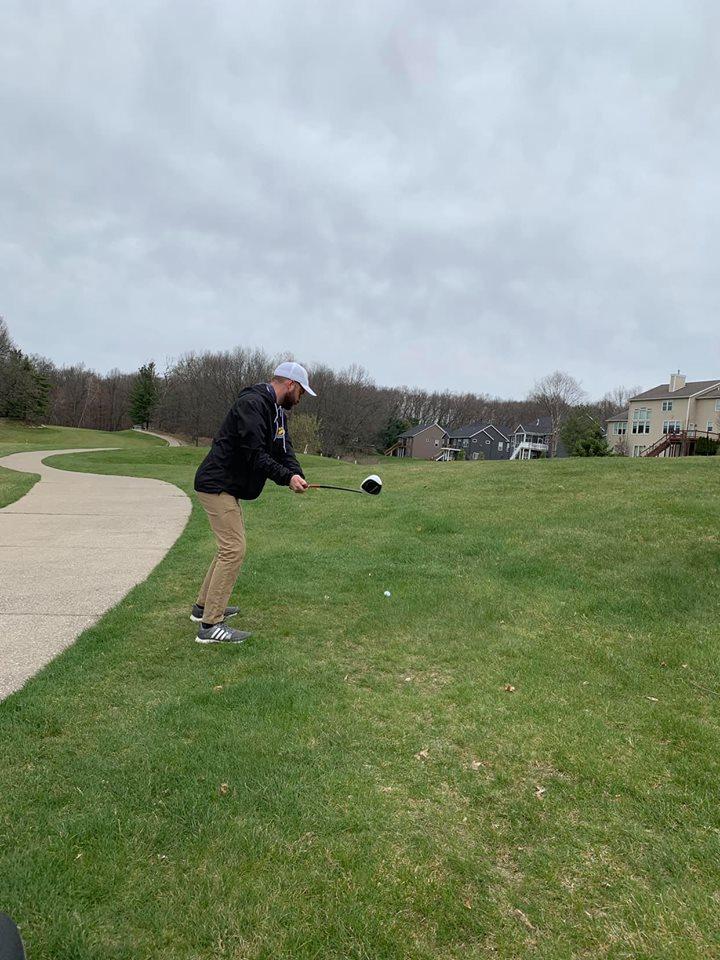 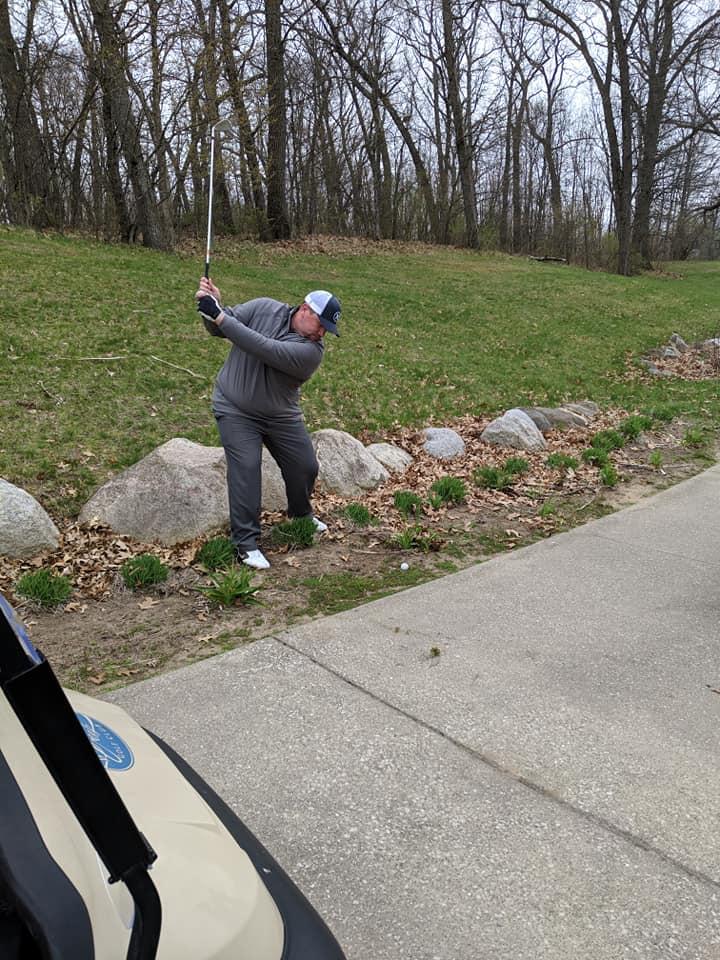 Nate after one of his many drops on the day. 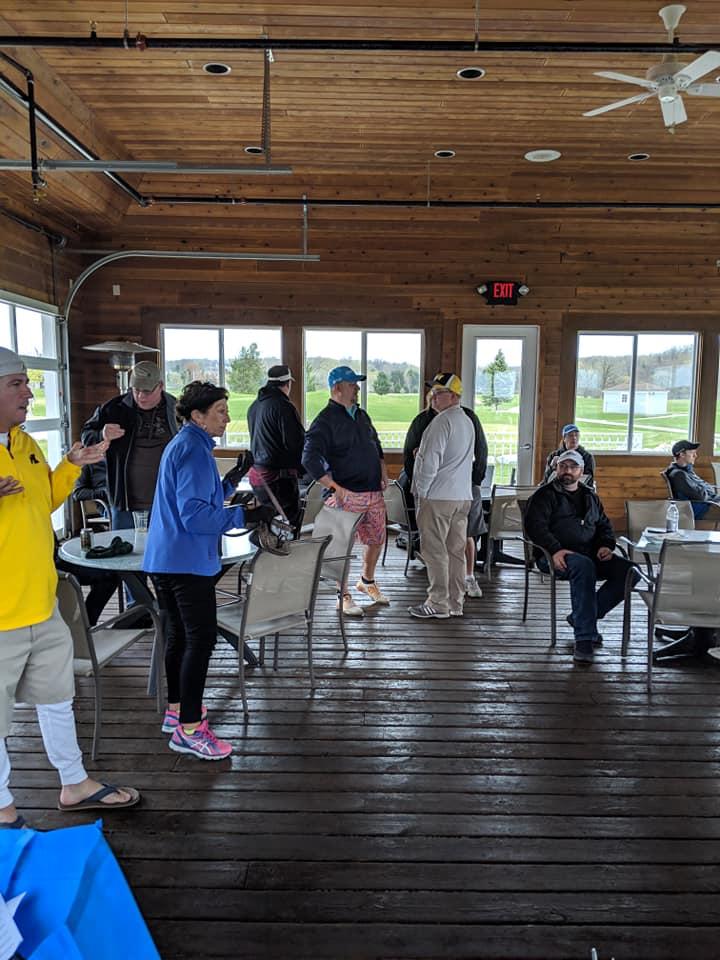 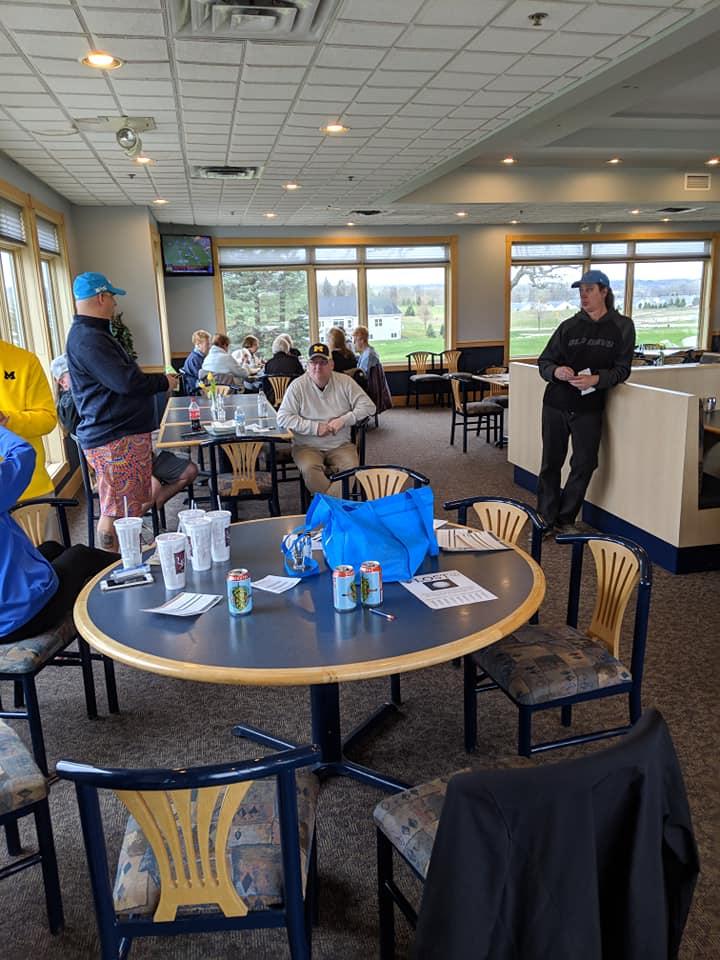 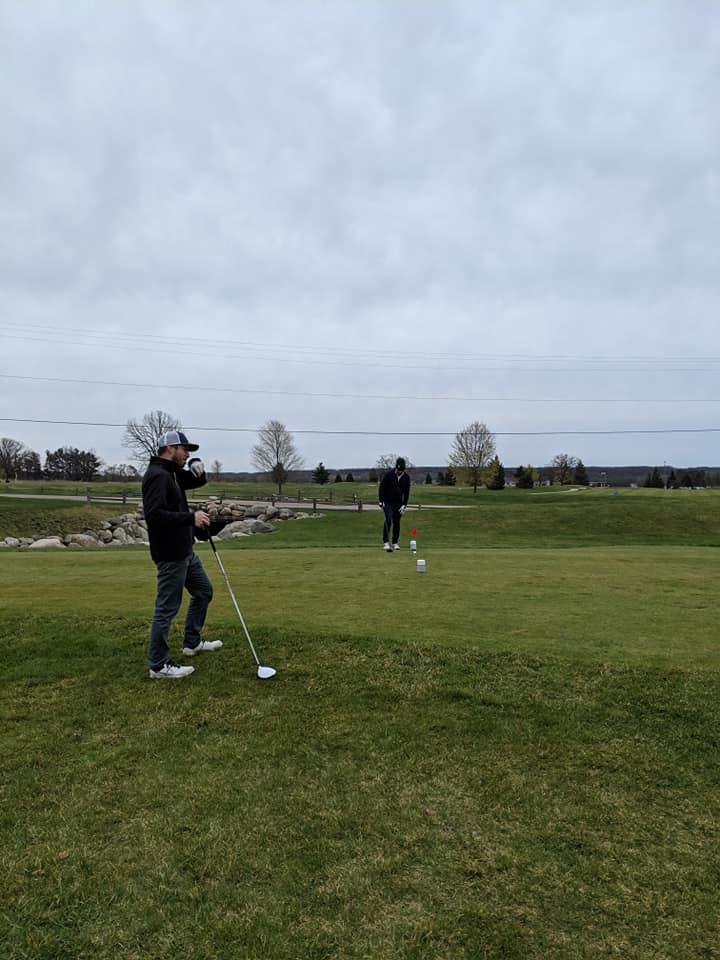